Do you operate buildings?
Become a Preferred partner!

What does it mean?

As early as 1990, the City of Frankfurt a.M. committed itself to significantly reducing energy consumption and thus carbon dioxide emissions by joining the Climate Alliance of European Cities. In order to achieve this goal in the area of its own properties, the Energy Management Department was set up in 1991, which is now part of the Office of Building and Real Estate (Amt für Bau und Immobilien). This department is tasked with minimizing electricity, heating energy and water costs for the approximately 1,000 city-owned properties with about 2 million m² of net floor space. These include such diverse types of buildings as schools, daycare centers, swimming pools, sports facilities, administrative buildings, museums, fire stations, municipal stages, the zoo and the Palmengarten.

In 2019, energy and water costs of around €40.2 million were incurred for these properties. Of this amount, approximately €18.9 million were spent on electricity, approximately €14.6 million on heating energy, and approximately €6.6 million on water and sewer discharge. Since 1990, specific electricity consumption has been reduced by an average of 7%, despite the rapid increase in technical equipment, particularly in the IT sector. Specific heating energy consumption fell by 44 % during this period, specific water consumption by as much as 53 % and specific carbon dioxide emissions by 52 %. In order to achieve the goals of the energy and climate protection concept of the city and the federal government (reduction by 10 % every 5 years, climate neutrality by 2050), significantly increased efforts will be necessary in the future.

Since 2007, all new buildings and renovations of municipal buildings have been carried out using “passive house” construction parts (i.e. NZEB compatible) and all roofs have been designed to accommodate photovoltaic systems.

Since 2018, all new buildings and roof renovations of municipal buildings have been equipped with the largest possible photovoltaic system. Since 2021, photovoltaics are combined with green roofs as a matter of principle.

For these reasons, the city of Frankfurt a.M. is very interested in supplying its buildings with 100% renewable energy.

The city of Antalya, one of the most beautiful cities of Turkey, where green meets with blue, is also known as “the paradise on earth”, “the pearl of Mediterranean” and “the Turkish Riviera”. With over 2.4 million population Antalya is also the capital city of Turkish tourism and the 5th biggest cities in Turkey. Antalya is an international showcase city that has committed itself to sustainable local development based on quality life, qualified employment, competitive service, agriculture and clean industry.

In recent years, there has been growing concern regarding energy consumption in the residential, public and tertiary building. Hence, Antalya Metropolitan Municipality aims at conducting citizen-centric urban generation and high-performance districts projects which foster smart solutions and sustainable local development in Antalya.
Our municipality aims to reduce the carbon footprint of Antalya and to be a pioneer among other municipalities on renewable energy resources in buildings and agriculture, energy efficiency and solid waste management, sustainable urban transportation plan and implementations, particularly in bicycle systems.

In the context of renewable energy generation, Antalya Metropolitan Municipality has 9 solar power plants and 4 biomass energy production facilities. What is more, our municipality also possesses Power Plants with a total installed power of 6.42 MW and a Biomass Energy Production facility with an installed capacity of 40.09 MW.

As one of the lighthouse cities in MAtchUP funded by Horizon 2020, Antalya has committed to install solar power panels and storage cells on the top of the municipal building and municipal transportation company building in order to generate and store electricity. Thus, Antalya Metropolitan Municipality will be the first municipality that promotes self-consumption and electric storage systems in Turkey.

Izmit Municipality serves a population more than 370.000 which equals a larger population compare with the forty cities in Turkey. As an industrial city which is struggling with air and sea pollution due to high industrial emission rates and industrial wastes as a province, the municipality act to respond the problem effectively and efficiently for long years. It undertakes all local services effectively, efficiently and in harmony within its boundaries with its 1528 municipality personnel.

As a center City municipality, daily population of the municipality has reached one million people which put responsibilities to provide efficient services on the areas such as health, environment, technical affairs, cultural and social affairs. As a matter of fact, Izmit Municipality was founded in the year of 1923 which is the same year of the foundation of Turkish Republic. Specifically, due to its long history it has achieved to reach a corporate identity and until today it is able to prepare many projects on the area of its jurisdiction about the issues such as environment, education, culture, youth, disabled and disadvantaged people, and children as a target group to ensure realization of all kinds of developmental implementation. Specifically, the municipality facilitates many decision organs to chair their duties and services conferred with other civilian institutions as a center municipality.

Furthermore the Izmit Municipality R&D and Project Development Department’s EU project experts continues to create cooperation ties with local and European partners through IPA and Horizon project applications parallel with municipality’s strategic plan.With the aim of strengthening the international cooperation ties for sustainable development the municipality’s membership to ICLEI has very recently to be fullfilled. We hope that the acceptance of our preferred partnership to the procure will be mutually beneficial and open the gates for new cooperations with the aim of implementing renewable energy applications to our main public buildings for the upcoming calls as well. 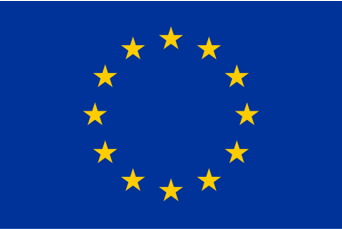 procuRE has received funding from the European Union’s Horizon 2020 research and innovation programme under Grant Agreement No. 963648.